What is Family Time? 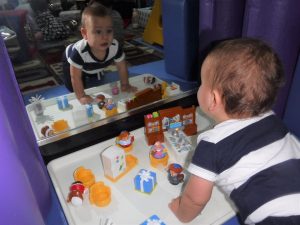 The Family Time program welcomes our youngest children into the B’nai Torah community. Classes are available for babies through two years of age with mommy, daddy, grandparents, or other significant adult.

Each class is one-and-a-half hour in length and includes child-centered play activities, music and movement, storytelling, and parenting discussions. Judaic values come alive for children and families through weekly themes and an inspiring play environment. Family Time offers a first step towards an outstanding education at The Ruth and Edward Taubman Early Childhood Center.

Childhood is something precious to be celebrated and shared. Come and enjoy a fun-filled time with your child. You’ll be amazed to see your child’s individual journey of discovery and learning. You will also make wonderful new friendships.

• September through December
• January through May
• June through August 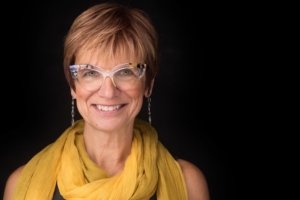 Karen Deerwester is the owner of Family Time Coaching & Consulting, inspiring and supporting parents and professionals in all aspects of “living with children.”

A highly requested speaker/trainer for parents and educators since 1985, Karen’s high energy presentations touch the hearts of teachers and parents everywhere as they renew their commitment to children and to themselves. In August 2005, Karen conducted Lifelong Learning Events for Cartoon Network in a five city tour. Karen was the National Spokesperson for Hasbro Family Game Night (2010) and for Clorox Clean-Up Creative Messy Play (2010-2011).

Family Time currently operates the parent-child program at the Ruth & Edward Taubman Early Childhood Center in Boca Raton, Florida. Karen’s influence in the field of parent-child programs can be seen throughout the public and private sectors where Karen has developed award-winning programs for public schools, faith-based programs, hospitals, and private for-profit centers.

Karen reaches thousands of parents each month as the parent “expert” for Examiner.com, BlueSuitMom.com, the “Toddler/Preschooler Column” for South Florida Parenting Magazine and numerous parenting websites. Her parenting advice is always grounded in the best research-based developmental practices and a keen awareness of the strengths of each family. Karen has contributed parenting/early childhood advice to Parents Magazine, Parenting Magazine, OK Magazine, Life and Style Magazine, Real Simple Magazine, Women’s Day, Essence Magazine, and the books: The Experts’ Guide to the Baby Years and Worst Case Scenario: Parenting. Karen has appeared regularly as the parenting expert on The Morning Show and NBC6 in the Mix in South Florida, as well as nationally on MSNBC, NBC, and NPR.

Karen also served as the past president of the Broward Association for the Education of Young Children and is a lifelong advocate for developmentally appropriate early childhood education. She enjoys the sun and the sand of South Florida but dreams of northern forests.